Originally video surveillance was done based on analog technology — closed circuit television (CCTV) and recording on video tapes. This was fine for recording what was going on, but it didn’t broadcast actual live information, so it wasn’t practical for monitoring stores, for instance, from a remote location. It simply provided what happened after the fact. The picture quality wasn’t great and it relied on human reliability as well — someone had to remember to change the tapes regularly, etc.

With the Internet revolution and the ever-increasing presence of Local Area Networks, technology took great strides in video surveillance in the 1990’s. Analog camera tubes were replaced with CCD (Charged Coupled Devices) and digital cameras became affordable for most people. This combination meant that video surveillance could do two things: go live over the Internet or a closed network for surveillance and provide clearer, crisper images that could be tracked and manipulated easily. For law enforcement, digital surveillance meant it was much easier to zoom in on images, track particular scenes and enhance features.

The basics of IP-based surveillance

A digital camera “views” the scene in front of it, broadcasts the video images as a digitized signal over a LAN line (Local Area Network) where it’s then transmitted to a computer or server. The server in turn manages all of this information. Depending upon the software used to manage the digital images, it can record, display or retransmit the images to anywhere in the world. The software package can easily be upgraded to allow for analyzing data, selecting specific “flagged” items to watch for and a host of other functions, making it a truly customizable security tool.

True IP-based digital surveillance uses CCD cameras that use signal processing that send packetized video streams over the LAN through a Cat 5 cable rather than a coax cable network, utilizing greater bandwidth and standard TCP/IP communication.

It also provides more intelligent data mining and information retrieval. If security is an issue, full digital surveillance also offers the added advantage of data encryption opportunities to protect against image tampering — something not possible with analog recording. Recently, a few companies such as D-Link and Linksys have also developed fully digital cameras that actually have completely integrated, built-in web servers so that no external computers are needed for operating them. The signal is transmitted directly to the terminal location for storage or play-back.

Were almost halfway there…

The “middle of the road” of video surveillance is upgrading video surveillance by utilizing a Digital Video Recorder (DVR). A DVR system is not really fully IP-based, but is step toward the more advanced IP technology. In actuality, a DVR system uses the same camera and structures for cabling as the older CCTV analog systems, but the old VCRs have been replaced with DVR for storage of the data. The data is converted to digital so that it can be stored on hard disks, but the quality of the images captured remains analog since this is how it originated.

When shopping for a system, be sure to ask if the system is digital based on the recording (DVR) or on the camera, since many manufacturers consider a system digital by virtue of the DVR storage system even if the camera recording the images is still analog.

Now lets finish this up…

Some people will move to the hybrid models of a CCTV/DVR system when they first move beyond an analog system because it seems like the next practical evolutionary step in video surveillance. However, shifting to this method largely ignores how IP-based video surveillance works.

With CCTV/DVR surveillance you have actually simply delayed the inevitable by adding on relatively new technology (hard disk, digital storage) to an older technology (analog video over coaxial transmission lines). Rather than moving forward into something new, you have prolonged the demise of the old.

The leap into completely IP-based technology is the best bang for your buck both monetarily and in terms of security by far. Digital surveillance can be done over a LAN network, of course, but TCP/IP transmittal of surveillance makes sense for remote monitoring of multiple locations and for remote recording of data onto back-up servers and hard disks for long-term storage.

With IP-based video surveillance, you can connect your surveillance camera or cameras to any network or wireless adapter, and you are extremely flexible in your placement of the camera itself. A typical PC-attached video camera, while providing digital picture image quality, still has to be within approximately ten feet of the computer itself.

Set-up of an IP-based video system is easy — once you’ve set up an IP address, you’re up and running and it’s extremely stable and reliable. Because this is the technology of the future, it is also upgradeable. You won’t be outgrowing an IP-based video surveillance system any time soon because new developments are based on improving this market. Therefore, you will be able to add on and improve this system for years to come while older, CCTV+DVR hybrids will dead-end and become obsolete. Wholesale IP Security Cameras

A better way to understand the differences between analog and IP-based video surveillance may be to compare the two and how they work:

If you are contemplating increased or upgrading video surveillance for your company or home, understanding how IP-based video surveillance works will make your decision easier. It is the future of video surveillance and, although in the short term may be a bit more expensive, is obviously an investment in superior quality and flexibility. Call if you have any questions about Wholesale IP Security Cameras.

Contact eLine Technology today for additional product information or to start a partnership you can depend on and trust.

This site uses Akismet to reduce spam. Learn how your comment data is processed.

eLine Technology is a developer and manufacturer of surveillance systems, security technology, equipment, and software. Our focus is to bring our customers unique high-quality security solutions and technology. We offer Video management and CCTV products that deliver reliable and effective security for many industries, including construction site security, oil and gas security, retail, border patrol security, loss prevention, and security for convenience stores. Our industry experience allows us to provide systems and customer service all the way from distribution to install, improving the end user experience. Within our camera line we carry, HD analog, IP network, wireless, 4G, HD over coaxial security systems and specialty cameras. 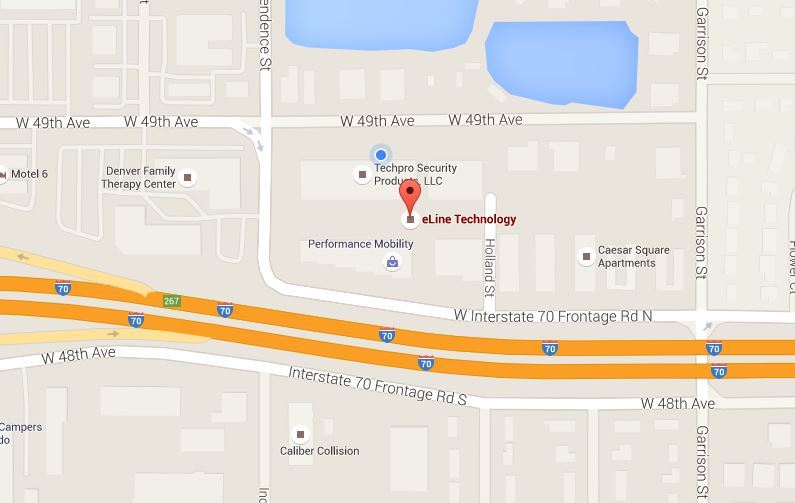